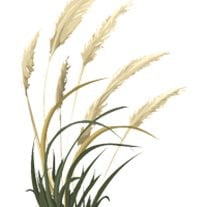 Obituary Dr. Daryl Richard Younker, 74, died May 14, 2019, at Barnes Hospital in St. Louis, Mo. He was born Dec. 17, 1944, and was the son of George Louis Henry Younker and Verna Ida (Albers) Younker. Daryl is survived by one sister, Joyce Ann (Patrick) Hintz; one brother-in-law, Patrick Hintz; and one sister-in-law, Beverly (Plagge) Younker; two nieces, Cynthia Ann (Younker) (Jeff) Weishaar and Mary Patricia (Hintz) (Chris) Tice; one nephew, David Patrick (Sandra Dowd) Hintz; and his business partner, travel companion and best friend for over 50 years, Carl Beck. He is also survived by his six great-nephews, Kyle and Evan Hintz, Jacob and Maxton Tice and Aaron and Jayden Weishaar; and two great-nieces, Nicole and Jessica Weishaar. He was preceded in death by his parents and his brother, Gerald “Butch” Younker. He leaves behind his close friends, Robbie Ratliff, Raymond Avett, Larry Ritter, Denny Pliemann and Denny Frugé. Daryl grew up in his parents’ home at 639 Woodward St. in Beecher, Ill. He graduated from Beecher Elementary School in 1959 and Beecher High School in 1963. He graduated from Southern Illinois University at Carbondale in 1966 with a Bachelor of Science in education; from Southern Illinois University at Edwardsville in 1968 with a Master of Science in education; and from Saint Louis University in 1973 with a doctorate degree in special education and psychology. Daryl taught at Cahokia High School in Illinois for 20 years while living in Saint Louis, Mo. He then moved to Palatka in 1986, to work at an auto dealership in which he had previously invested. He also taught part time at St. Johns River Community College in St. Augustine and Palatka. Daryl loved to travel and was especially fond of France. He was studying French for a number of years and loved talking to people who spoke the language. He enjoyed music and played piano, organ and guitar. He attended many concerts, including organ recitals at St. Louis Cathedral and local jazz and blues musicians in St. Louis. He also loved theater and attended numerous plays. Daryl was a member of St. Augustine Elks Lodge 829 and a charter member of Palatka Moose Lodge 184. He was an active member of the Alliance Francaise de St. Louis and a yearly contributor to the Beecher Community Scholarship Association, which honored him by giving a yearly scholarship in his name. Daryl was one of the first two recipients of the scholarship in 1963. Viewing is 4 till 7 p.m. Monday at Hack Funeral Home in Beecher, Ill. The funeral is 11 a.m. Tuesday at St. Luke’s United Church of Christ  and burial will follow in St. Luke's United Church of Christ Cemetery in Beecher, Ill. To send flowers to Dr. Daryl Richard Younker's family, please visit our floral section.

Obituary Dr. Daryl Richard Younker, 74, died May 14, 2019, at Barnes Hospital in St. Louis, Mo. He was born Dec. 17, 1944, and was the son of George Louis Henry Younker and Verna Ida (Albers) Younker. Daryl is survived by one sister, Joyce... View Obituary & Service Information

The family of Dr. Daryl Richard Younker created this Life Tributes page to make it easy to share your memories.

Send flowers to the Younker family.