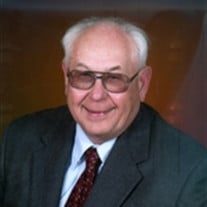 Edward Paul Herz, 71, of Grant Park, Illinois died Monday, April 15, 2013 in Kankakee, Illinois. Ed was born on June 14, 1941 to Paul and Bertha Herz nee Pfingsten in Chicago Heights, Illinois. He was a life long self-employed farmer and had many businesses including egg delivery and carpentry. Many remember him from his church work at St. Paul’s Lutheran Church as finance committee, church council and many years of dart ball team. Ed was an avid card player. Leaving to mourn his death are one daughter Kathy (David) Morris of East Windson, New Jersey; two sons: Kenneth (Bobbi) Herz of Mapleton, Illinois and Richard (Amy) Herz of Grant Park, Illinois; eight grandchildren: Kelly, Parker, Cassandra, Jackson, Alexandra, Ian, Lauren, and Aaron; Special Friend Myrna Vandergriff and her daughter Lori (Bob) Jacobs and her children Ben and Emma along with many other relatives and friends. He is preceded by his wife Joyce nee Bakker who he married on September 28, 1963 and had 44 years of marriage together and his parents. Visitation will be at the Hack Funeral Home in Beecher, Illinois from 4 until 8 p.m. on Thursday, April 18, 2013 and funeral services will be on Friday, April 19, 2013, at St. Paul’s Lutheran Church in Grant Park, Illinois at 11:00 a.m. with Rev. Tod Vertz officiating. Ed will lie in state at the Church from 10 until the time of the funeral. Burial will be in St. Paul’s Cemetery. Memorials may be given to St. Paul’s Lutheran Church, the Kankakee Valley Hospice or Tractors For A Cure. Information call 708-946-2161 or hackfuneralhome.com

The family of Edward Paul Herz created this Life Tributes page to make it easy to share your memories.

Send flowers to the Herz family.