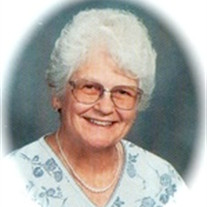 Gloria Luecke, 80, Beecher, Illinois died Friday, February 22, 2013. Gloria was born in Maywood, Illinois To Herman and Imo Smith nee Eddy on April 10, 1932. Gloria was married to Rev, William Wickart and then to Lawrence Luecke. She was the... View Obituary & Service Information

The family of Gloria (Smith) (Wickart) Luecke created this Life Tributes page to make it easy to share your memories.