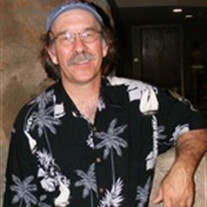 Jimmy D. Walker, 56 of Morocco, IN, formerly of Beecher, died Sunday (April 21, 2013) at his home. Mr. Walker worked as a truck driver. Jimmy was born December 18, 1956, in Chicago Heights, the son of J.O. and Jerry (nee Davis) Walker. He was an avid musician and founding member of the band Parrot Troupers. Mr. Walker served as a Cub/Boy Scout leader for many years and was a member of the Beecher Community Part-Time Players, the Part-Time Players Swing Band and St. John United Church of Christ, Beecher. Surviving are his wife, the former Joy Waterman of Grant Park, whom he married June 24, 1978; five children, Timothy (Michele) Walker, Beecher, Jenifer (Jeff) Mendrala of Kankakee, Jason of Morroco, IN, Karli of Morroco, IN, and Bryan (Jennifer) Walker of DeMotte, IN; three grandchildren, Olivia, Nathan and Lillian. He was preceded in death by his parents. Visitation will be from 3 p.m. to 8 p.m. Wednesday, April 24 at the Hack Funeral Home in Beecher. Funeral services will be held Thursday, April 25 at 11 a.m. at the funeral home. The Rev. Susan Lock will officiate. Cremation rites will be accorded. Memorials may be made to the family’s wishes.

The family of Jimmy D. Walker created this Life Tributes page to make it easy to share your memories.

Send flowers to the Walker family.