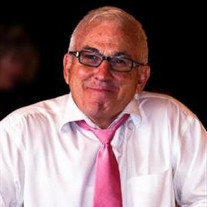 Obituary John Charles Dean came to Beecher in May 1970, the year of Beecher’s Centennial celebration. He was the director of the pageant that would be presented during that summer with hundreds of participants from the community. Little did Beecher know that he would be a key actor in his own fairy tale love story. He met and courted a local native of Beecher who had just graduated from college and had come home before starting her first job as a nurse. Gwen Ohlendorf fell just as hard and after making a trip to John’s home in Crossett, Arkansas to meet his large family, they were married on July 25, 1970.Despite the concerns of many residents, the marriage was meant to last. After determining that life on the road as a director with the Rogers Company was not going to work, John became a vital part of Hack Funeral Home and ambulance services. He went to Worsham’s College of Mortuary Science and became a licensed funeral director and embalmer. He had a true passion for helping the sick and injured and was an integral part of the ambulance crew. He became an EMT and was also the first paramedic (Medic 1) for the Beecher Fire Department. John served as a deputy coroner for Will County for many years. He did not lose his interest in theater and helped to provide the town of Beecher with many hours of entertainment. He was the director of countless productions put on by the Beecher Part-Time Players. John and Gwen shared their love for musical entertainment with their talented son, Brett. He is a music teacher, director of the Shout Section Big Band and accomplished trumpeter. John was a member of the Beecher Chamber of Commerce, Charter member of the Beecher Lion’s Club, and Zion Lutheran Church. He was always willing to give his time to benefit the people of this community. John was preceded in death by his parents, three brothers, and one sister. He is survived by his wife Gwen, son Brett (Danielle), one brother Jerry of Louisiana and one sister Nellie of Crossett, AK. He also is survived by beloved granddaughter, Olivia and grandson, Bennett. Visitation will be held on Sunday, September 22, 2019  from 2-8pm at Hack-Jensen Funeral Home 753 Hodges Street, Beecher. A funeral service will be on Monday, ­­­­­­­­­September 23, 2019 at Hack-Jensen Funeral Home at 10 am. Burial will be at St. Paul’s Lutheran Cemetery. Donations may be made to the American Cancer Society, PO Box 22478 Oklahoma City, OK 73123.  To send flowers to John's family, please visit our floral section.

Obituary John Charles Dean came to Beecher in May 1970, the year of Beecher&#8217;s Centennial celebration. He was the director of the pageant that would be presented during that summer with hundreds of participants from the community. Little... View Obituary & Service Information

The family of John Charles Dean created this Life Tributes page to make it easy to share your memories.

Obituary
John Charles Dean came to Beecher in May 1970, the year...

Send flowers to the Dean family.