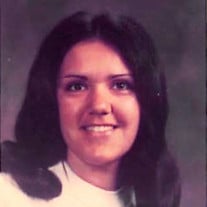 Obituary Theresa Deanne (Stimac) Schwarberg entered her Heavenly rest on April 17, 2018 at 10:49 A.M, being freed from the bondage of MS that plagued her body for over 42 years.  She was the daughter of Violet (Measki) and Stanislaus Stimac off Glen Carbon, IL.  Theresa was born Oct. 23, 1952 in Highland, IL.  She was preceded in death by her mother (2008), her father (2017), her  brother Alan (2018), and her father-in-law Jesse Schwarberg (2004). Theresa was a 1970 graduate of Edwardsville High School where she had an active role in drama club and thespian society.  A woman with several nicknames, Deanne/Tess/Terry attended Illinois State University, earning a BA in speech and drama in 1974.  She was hired by Beecher Community School District 200U where she taught two years before limited by multiple sclerosis.  She enjoyed teaching and was always sad that she could not continue her career. Theresa married Larry Schwarberg on Aug. 2, 1975 at St. Mary's Church in Edwardsville.  They lived in Peotone and Beecher before buying a house in Park Forest, Il in 1987.  She lived there until her death.  Theresa was a member of The Episcopal Church of the Holy Family in Park Forest.  She and Larry enjoyed traveling and attending ethnic festivals, always enjoying the ethnic diversity the world offers.   Theresa is survived by her husband Larry (42+ years of marriage); nephew Ryan (Alison) Stimac and their three children; niece Erica (Kevin) Gabel and their three children,, all of Marietta, GA; numerous cousins; mother -in-law Virginia Schwarberg of Springfield, IL and sister-in-law Jan Alind off Los Angeles, CA. Visitation will be on Tuesday, April 24, 2018, from 4:00 until 8:00 P.M. at Hack Funeral Home in Beecher, IL.  A memorial Service will be held at the Episcopal  Church of ;the Holy Family, 102 Marquette St., Park Forest, IL. on Tuesday, May 1, 2018 at 11:00 A.M. Memorials to family for a fund to be decided later. To send flowers to Theresa "Tess" Deanne (Stimac) Schwarberg's family, please visit our floral section.

Obituary Theresa Deanne (Stimac) Schwarberg entered her Heavenly rest on April 17, 2018 at 10:49 A.M, being freed from the bondage of MS that plagued her body for over 42 years.  She was the daughter of Violet (Measki) and Stanislaus Stimac... View Obituary & Service Information

The family of Theresa "Tess" Deanne (Stimac) Schwarberg created this Life Tributes page to make it easy to share your memories.